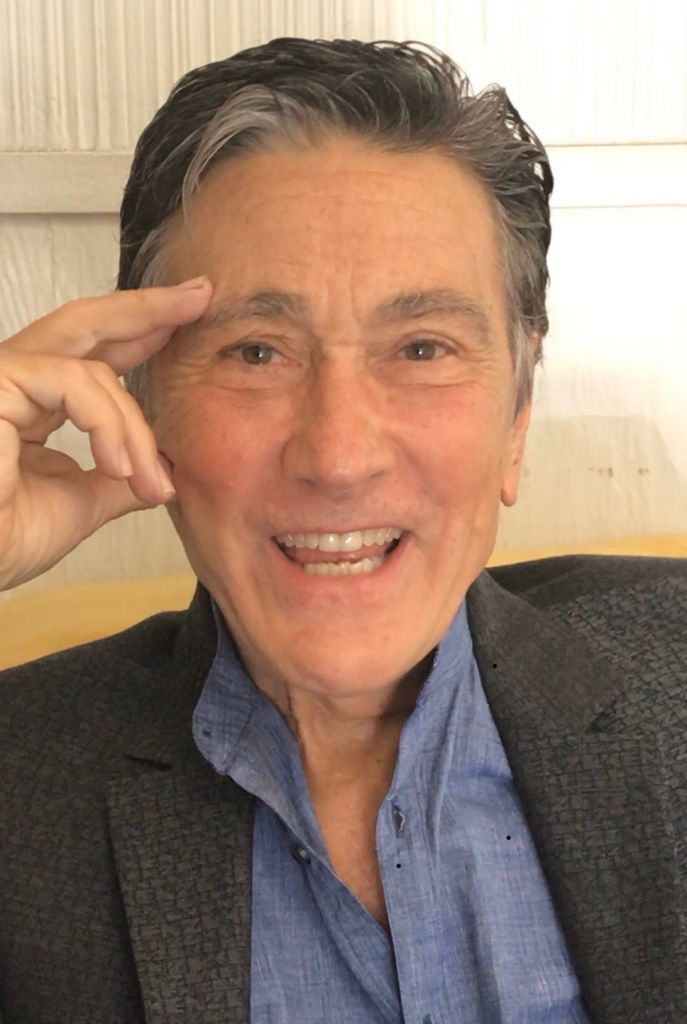 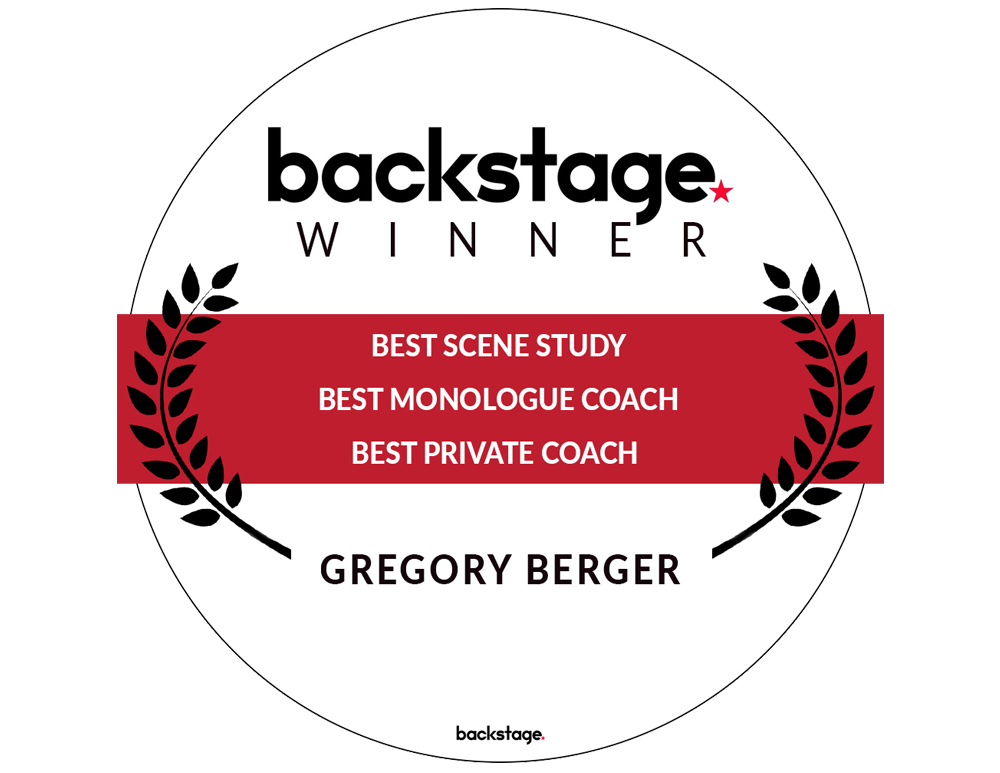 Gregory Berger-Sobeck is a graduate and former acting faculty member at the Yale School of Drama in addition to teaching bi-coastally both in Los Angeles and New York. Additionally, he has taught workshops all over the world including in London, Paris, Sydney, and Tahiti.

Mr. Berger opened The Berg Studios in Los Angeles in 1998, where he is the artistic director and master acting teacher. As well as teaching in Los Angeles, Mr. Berger taught on camera acting at the Yale School of Drama. Berg Studios alumni have been Emmy Award Winners, Emmy Award Nominees, acted on Broadway and have had multiple series regular and guest star roles on television. Mr. Berger has also been voted Best Acting Class, Best Classical Class, Best Monologue Coach and Private Coach by Backstage Magazine.

As an actor he has was nominated best actor at the Beverly Hills Film Festival and the S.O.Y.S. Film Festival for the film Persona. The film was also in the semi-finals for the Best Short category for the Academy Awards. Guadalupe the Virgin, another film he starred in, was named best film in the Mexico International Film Festival.

Prior​ to Yale​ he trained at The Circle in the Square Theatre in New York City. He has studied with such legendary teachers as Paul Mann, Michael Howard, Kim Stanley, Nikos Psacharopoulos and Earle R. Gister. His New York stage credits include Come Back to the Five and Dime Jimmy Dean, The Flowing Peach, Romeo and Juliet, The Admiral Bashful, The Shrewing of Blanco Posnet, Molly, Andrew After Dark, Much Ado About Nothing, Faust, and The Colonization. Regional credits include work at the Yale Repertory Theater and The Yale School of Drama: A Midsummer Night’s Dream, King Lear, King John, Measure for Measure, Three Sisters, and A Ride Across Lake Constance, to name a few. Among his directing credits are Dolores and Sisters at the Company of Angels and the west coast premiere of John Ford Noonan’s POPPS.

Our studio is dedicated to cultivating the actor’s skillset through imaginative and behavioral work. Students strive for authenticity and bold originality by building a repeatable technique.

Our approach is twofold: first providing the actor with tools to make choices from the text, and then leading them to find their own spontaneous behavior. In doing so, the actor’s task shifts from self-consciously asking “What do I look like?” to examining “What do I see?” We believe that this foundation is applicable to film, television, and stage, across all genres and media.

The Berg Studios faculty is primarily composed of graduates of The Yale School of Drama and The Juilliard School. Unique among Los Angeles acting schools, we replicate the techniques of the top graduate acting programs in the country.

We offer on-going classes led by our core teaching staff of working professionals, as well as curated workshops taught by guest faculty from around the world. 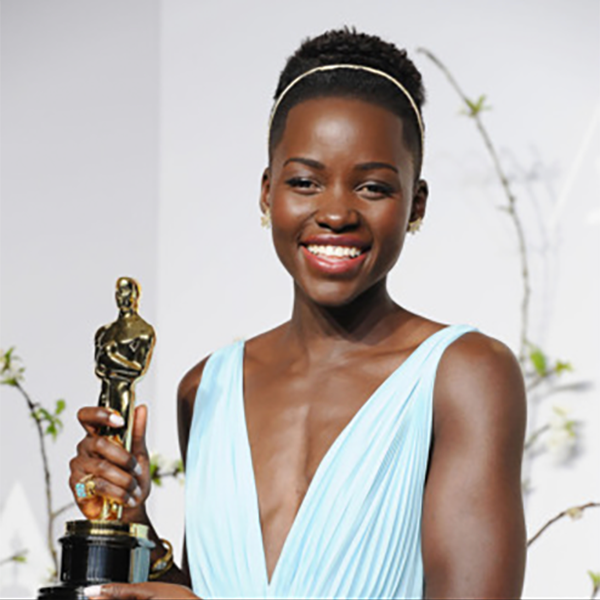 “Working with Gregory Berger has been a revelation. His approach centers around unleashing and tending to your innate imaginative capacity. He has taught me how to investigate text with specificity and how to load up my imagination, trusting that emotion follows when adequately provoked by specific imaging. His work involves investigating all senses in order to create three dimensional characters that are unique and born of the actor’s personal interests. Ultimately, my work with Berg has taught me how to trust myself, and that is invaluable!” 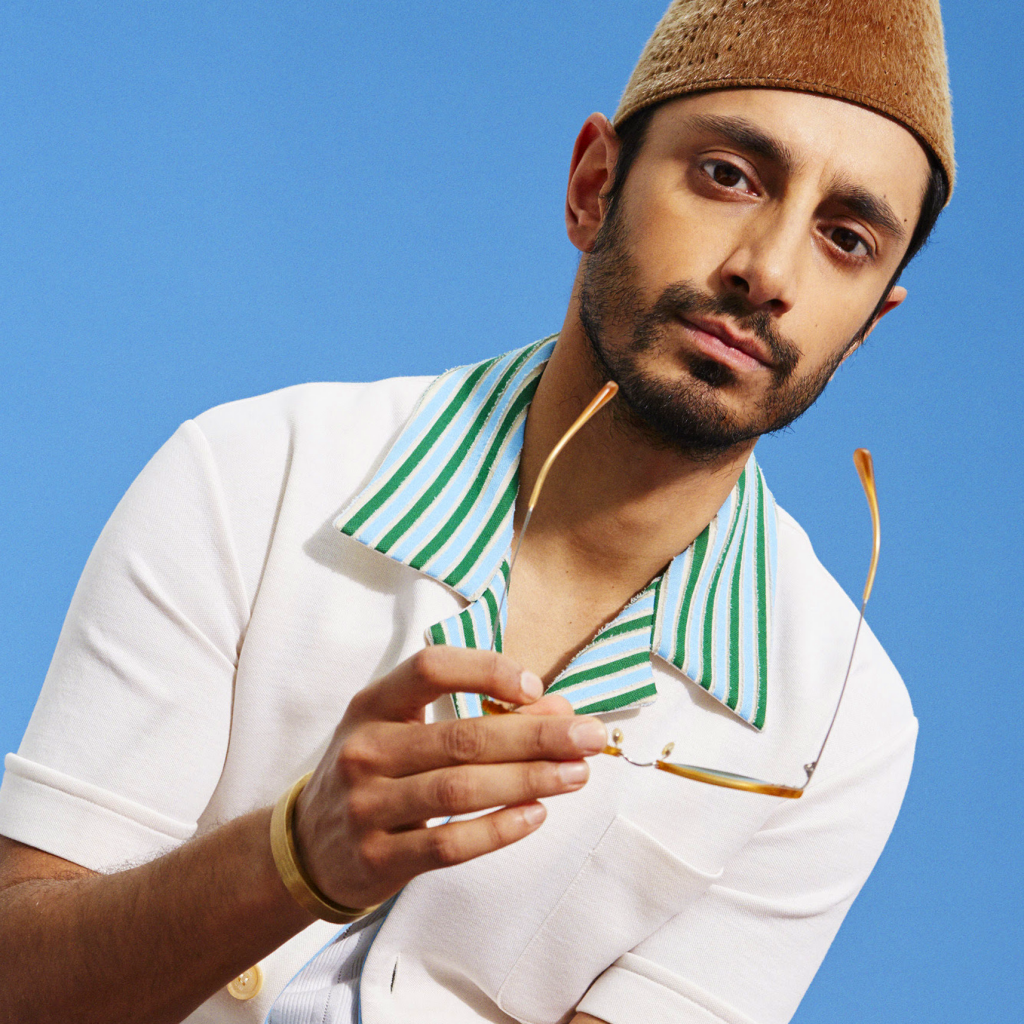 “Gregory has helped reconnect me to my imagination as an actor and to my sense of mission as an artist. His method is both rigorous and irreverent, always pushing you to question yourself and your surroundings. By unleashing your innate sense of playfulness, he grounds you in the most active and surprising ways – allowing you to unmask your privacy.”

“Gregory Berger is a passionate and clear instructor teaching real-world craft and practical methods for actors.”

“If you are serious about learning the craft of acting, you will not find a more knowledgeable, passionate or articulate teacher in LA.”

Berg Studios was founded in 1998 by Gregory Berger, alumnus and previous faculty member of the Yale School of Drama​, where he taught on-camera scene study. 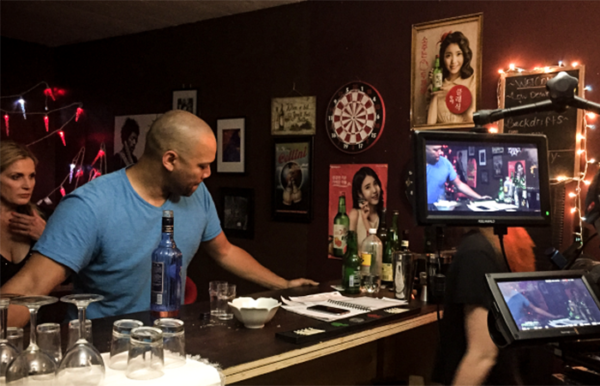 Freedom is the ultimate goal of technique.  Many actors who come to me have no repeatable system of work.  Afraid that technique will trap them, they use random instincts which produce random results.  By asking, “How do I work on this? What is my system?” our work becomes consistent, and our acting is rooted in a truth that actually frees us to be spontaneous and bold even while doing multiple takes for the camera or eight shows a week.

I find all other craftsmen, whether they be dancers, musicians, or athletes, depend solely on technique and leave the results alone.  They are more interested in the process rather than the final outcome; recognizing that process ensures a successful result. When they put their attention to what must be done, rather than the way they are doing it, results happen.  They begin to have consistency and confidence. They become less self-aware and more willing to explore and play. They take larger risks and challenge their own personal bests. They begin to have fun. I think actors should have the same privileges.

Technique allows us to learn how to discover rather than to know; to find and see rather than to show; to be in a suspended state of imagination rather than narcissism. To stand behind what we find the story to be and from there take risks and be courageous.

All the answers one needs are in the script. The character, how to use the environment, what objective to use and how to accomplish that objective behaviorally are all embedded in the text. So, the purpose of technique is to give you a systematic method for finding these clues and igniting the language. How do I go about actualizing and making the words come alive into dynamic behavior? How do I make a choice from text and translate it through my unique imagination?

As a young actor, I did not realize that most of the time I was being “directed” or “given adjustments” by the teacher, which could make the scene work, but left me without a clue of how to repeat what I did, or how to approach my next scene.  I began to have a dependence on the teachers’ opinion, rather than working by and for myself. And working for myself was what was required for an audition. I yearned to learn a way of work. Until I got to Yale, I had been told to “just be myself” when acting. This confused me. “Which self?” We are all capable of being different under different circumstances with different people. Children (the purest of actors) do not play to “be themselves”…What would be the FUN of that?

I wanted to be away from myself, in a joyful way, rather than to be trapped in myself.  I wanted to pay attention with my imagination, rather than to concentrate on getting my acting choices right.  I wanted to be fearless and brave and stand behind what I found the story to be from the author. When we make a stand we are given confidence, and learning how to make choices from the written text strengthens that confidence so that the performance or audition is truthful in a way that is yours, truly yours.

Honesty in acting comes from the body, not from the intellect, which is why I work very physically with my actors.  The camera and the audience watch the body before they listen. Actors must learn to approach their work differently from a director or a writer or from an external image of how a scene should look.  It is very tempting to see the scene in our head and then act out those images. Unfortunately, that robs the artist of all true spontaneity and encourages cliche, because most actors see very similar images in their heads.  This is why casting directors see the same audition over and over again. I find a lot of actors think like directors: they make preconceived psychological decisions about the text before their bodies experience the scene. Or they think like writers, by simply acting out the dialogue.  My job is to get the actor to be task oriented, and to illuminate the dialogue by concentrating on subtext and physical impulse, and to discourage them from illustrating the text. More than anything, acting is just saying lines.

When working from the subtext, it is then that the actors’ originality comes out and the acting becomes authentic, provocative and original.  Actors need to bring their own originality so that they are not simply acting out the lines of a text to please an idea of what they think a casting director wants.  To have actors working within a class is a necessity, not a luxury. It is a direct reflection on how strong the work process of the students becomes. That is why students get on their feet every time they come to scene class.  The concentration is on strengthening the ability to access the experience of subtext so that your work becomes bold and original. There is only one you, and if you are in the habit of accessing your own expression of imagination, that is the very definition of originality.

I believe that a work is good to the degree that it expresses the artist who creates it.  A performance should be the result of a deep inner belief which is so strong that you have to act to get what you want. Performance becomes a state of mind. When students see work in the class which is not concerned with the manipulation of trying to get a scene to look good, but is instead an attempt to illuminate a part of one’s soul, everyone can relate.

“Actors too many times want permission – to ask permission from the casting director is to seek denial.”

Casting directors become excited when they see an actor discovering within the audition rather than executing a preconceived cliché. We all must move from asking ourselves “How am I seen?” to “What do I see?”. We must learn to act to express ourselves to the point where we feel safe with “unsafe” feelings.  When we are in the habit of taking emotional risks we allow the very work to teach us, and we gain ownership of the material. Actors too many times want permission – to ask permission from the casting director is to seek denial. The professional marketplace sometimes unintentionally robs actors of courage and confidence in the casting room. Usually their minds are filled with things they are told not to do, the “don’t” school of acting. It makes actors cautious and not in touch with the deepest level of their creativity. Fortune favors the bold!

I do think that the purpose of class is ultimately to get work.  But we must ask ourselves what kind of experience do we want to have when working?  I have had countless students who have graduated from Juilliard and Yale and have gone on to win awards in every medium, and they yet come to me feeling brittle and dry because they feel the industry requires only result-oriented work.  So they re-learn and reconnect with process themselves and from being in class with other students and they re-ignite their careers. This encourages everyone, including my students who are brand new to acting and have not developed habits or preconceived notions.

It is never about right or wrong, but about illuminating one’s own authenticity and originality; which is what casting people want to see!​ 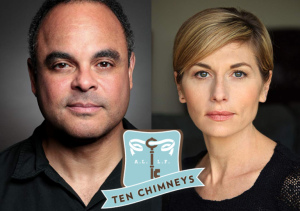 We are pleased to announce that two Berg Studios faculty members, Cornell Womack and Tessa Auberjonois, are recipients of the prestigious Lunt-Fontanne Fellowship this year! This fellowship is granted to only 10 actors each year, selected from regional theatres around the country. Recipients are invited to study closely with Master Teachers including Lynn Redgrave, David Hyde Pierce, and Phylicia Rashad.