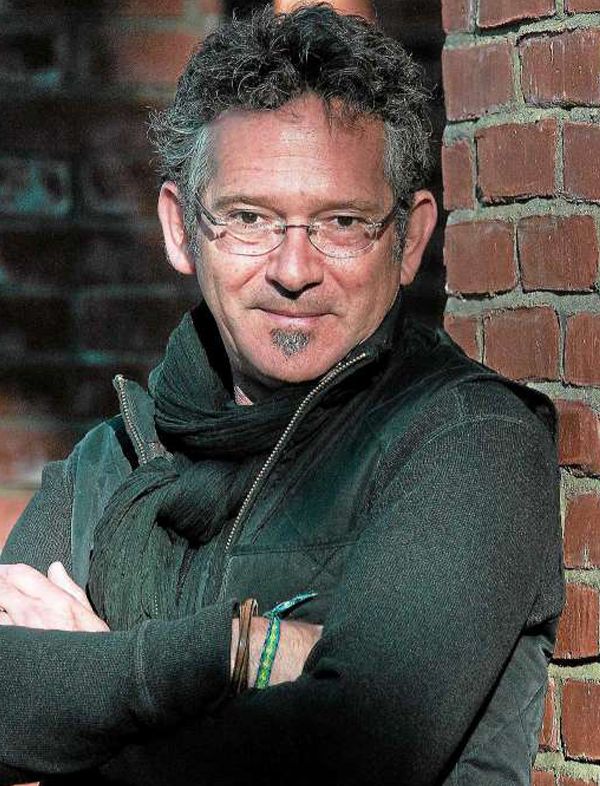 Christopher Bayes began his theater career with the internationally acclaimed Théâtre de la Jeune Lune, where he worked for five years as an actor, director, composer, designer and artistic associate. In 1989 he joined the acting company of the Guthrie Theater, where he appeared in over twenty productions. His roles included Caliban in The Tempest, Edgar in King Lear, The Herald in Marat/Sade and Harlequin in Triumph of Love. In 1993, commissioned by the Guthrie Theater, he produced his one-man show This Ridiculous Dreaming, based on Heinrich Boll’s novel The Clown.

His New York directing credits include plays by Molière, Dario Fo, and Carlo Goldoni at the Juilliard School, NYU, and Fordham University. Bayes was part of the creative team for the Broadway and Touring productions of THE 39 STEPS for which he created additional movement and served as Movement Director. He has received numerous awards and grants including a Jerome Foundation Travel/Study Grant, a General Mills Foundation Artist Assistance Grant, and both a Minnesota State Arts Board Fellowship Grant and a Career Opportunity Grant. He is a 1999/2000 Fox Fellow.

He has served on the faculty of the Juilliard Drama School, the Actor’s Center (founding faculty & master teacher of physical comedy/clown), Yale School of Drama, the Public Theater’s Shakespeare Lab, the Academy of Classical Acting at the Shakespeare Theater in Washington D.C., New York University’s Graduate Acting Program and Tisch School of the Arts, and Brown University and the Brown/Trinity Rep Consortium. He is currently Professor and Head of Physical Acting at the Yale School of Drama and teaches Clown and Commedia dell’Arte Workshops at Berg Studios. 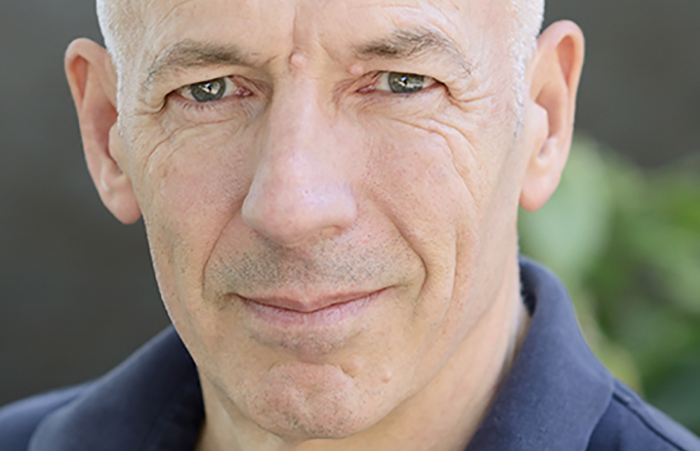 Rob Clare was originally an actor with the Royal Shakespeare Company (RSC), then a Staff Director at the UK National Theatre, and Associate Artistic Director of the major UK touring company, Compass, for whom he directed the first major revival of Amadeus. He was also one of the pioneers of using drama to work creatively with inmates in the UK prison system. Becoming increasingly interested in differing approaches to working with Shakespeare, he completed a doctorate in the subject at Oxford University and has since become an internationally recognized Shakespeare specialist. He has worked in numerous training institutions within the UK, and established the MA Classical Acting course at London’s Central School of Speech and Drama, which he also led for its first three years, as well as also teaching at the Globe. Since resuming his freelance career he has directed and/or taught Shakespeare in Ireland, Austria, Germany, Australia, China, and the USA. In India, he directed Hindi productions of A Midsummer Night’s Dream, Julius Caesar, and Romeo and Juliet. Before moving to the US, he worked regularly for almost a decade as a freelance specialist verse and text coach with the RSC’s core acting ensemble, leading annual workshops, and working in and alongside rehearsals for productions of Richard III, Richard II, Henry IV Parts 1 and 2, Henry V and Hamlet. In the US he has worked as visiting faculty at The Juilliard School, Brown, USC Los Angeles, CSU Long Beach and NYU Tisch (both graduate and undergraduate acting). 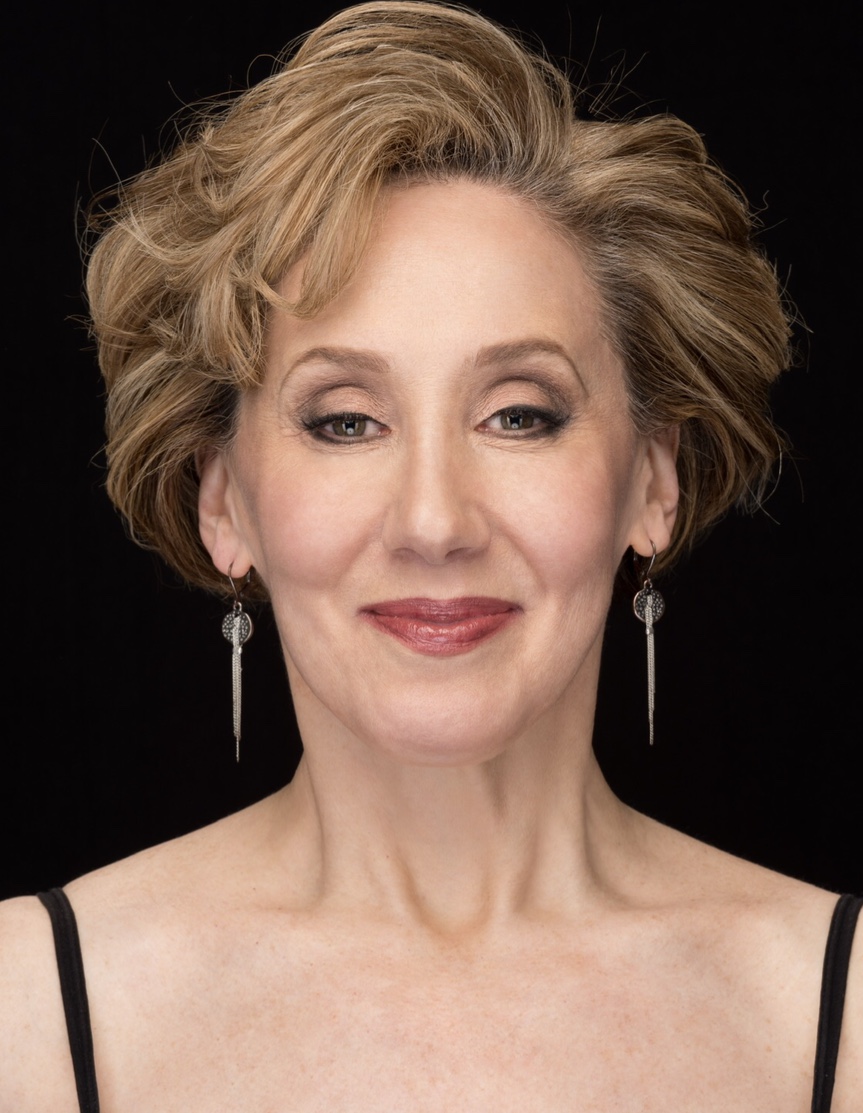 Joanna Glushak is an award-winning actress who has starred on Broadway in Sunday in the Park with George; Les Misérables; A Gentleman’s guide to Love and Murder; Warpaint; Hairspray; Unrinetown; and The Sweet Smell of Success. In an over three decade career, Joanna has worked with some of the most important directors in the American and British theater, including: Diane Paulus; Michael Greif; Susan Stroman; James Lapine; Darko Tresnjak; Jack O’Brian; Nichlas Hytner; Trevor Nunn; Scott Ellis; Gene Saks; Daniel Sullivan; Aurthur Laurents; Christopher Ashley; Joseph Papp; and Gerald Gutierrez.

Off Broadway Joanna has also been prolific and just finished a wonderful run of Gloria: A Life, playing Bella Abzug opposite Christine Lahti. Beyond Broadway, Joanna has played leading roles in many national tours, including Evita, Young Frankenstein, Finding Neverland, Xanadu, Fiddler on the Roof, and countless regional theater productions at theaters such as the American Repertory Theater; The Old Globe; Yale repertory Theater, Seattle Repertory Theater; Arena Stage; Goodspeed Opera House, and the Williamstown Theater Festival. On Television, Joanna can be seen in the recurring role of Mrs. O’Tool on the Emmy Award winning Amazon series The Marvelous Mrs. Maisel. Joanna is a graduate of NYU and the Yale School of Drama 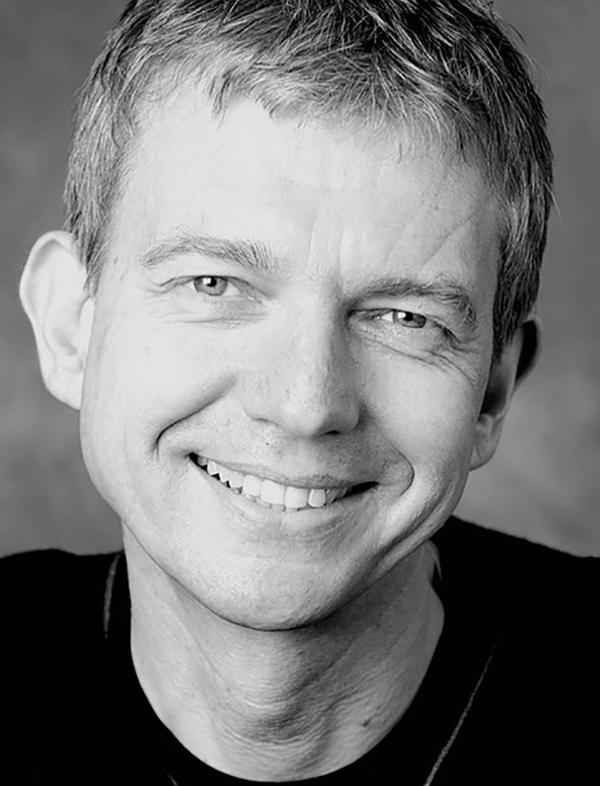 Faculty at the Juilliard School

Since leaving the RSC in 2003, Mr. Wade works predominantly in the US leading Master Classes and Workshops, as well as coaching with theatre companies and actors. He has particular links with the Stella Adler Studio in NYC, Delaware University, the National Theater School in Montreal, The Juilliard School and with the Guthrie Theater in Minneapolis, where he has coached Antony and Cleopatra, Comedy of Errors, Othello, As You Like It, Hamlet and Merchant of Venice.

Other work includes Verse Consultant on the film Shakespeare in Love and voice coach on A Midsummer Night’s Dream and The Taming of the Shrew (TFANA); Matilda (Broadway); Lord of the Rings (Montreal and London); La Traviata (ENO), A Midsummer Night’s Dream and Clay Cart (Oregon Shakespeare Festival) Henry V (Guthrie Theatre) Macbeth and Romeo and Juliet (co-production with The Acting Company). 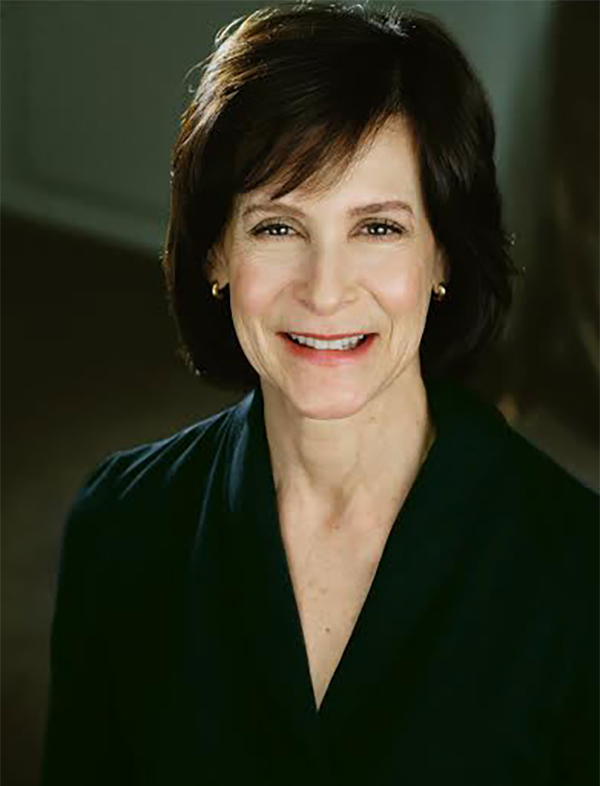 Jessica Wolf has been teaching the Alexander Technique for almost 40 years and created the Alexander Technique program at Yale School of Drama in 1998. She is also the founder and director of Jessica Wolf’s Art of Breathing, a postgraduate training program for Alexander teachers that combines principles of the Alexander Technique and Breathing Coordination. She is also a certified Laban Movement Analyst. In 2013, Jessica published Jessica Wolf’s Art of Breathing: Collected Articles and created the first three‐dimensional animated film of the respiratory system, which has since been translated into Spanish, Chinese, and German. Other faculty appointments include the Aspen Music Festival, The Juilliard School, SUNY Purchase, Circle in the Square Theater School, Hunter College, Sarah Lawrence College, and the Verbier Music Festival. Jessica coaches many performing artists who appear on‐ and off‐Broadway, and in films and television. Her work is recognized internationally and she travels extensively, giving workshops to performers, teachers, and healthcare providers. 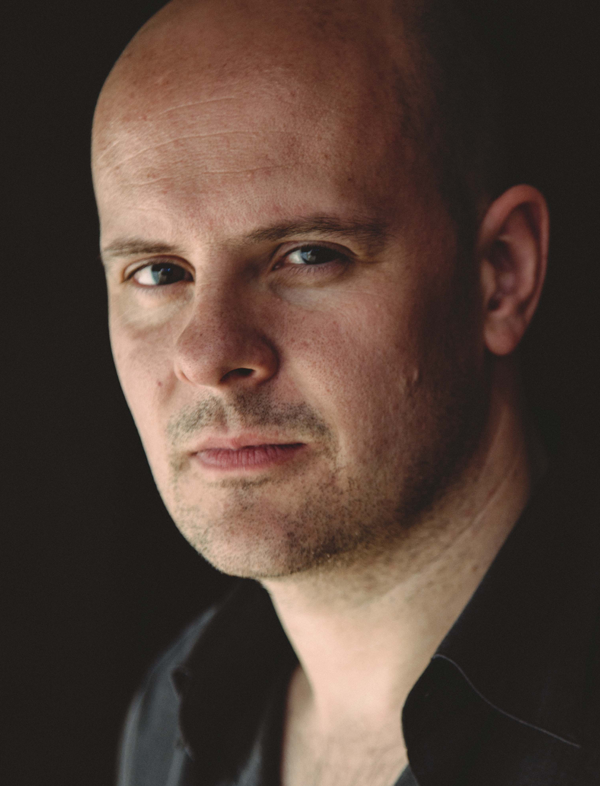 James Kemp trained at Drama Centre London, subsequently pursued an acting career which encompassed a number of long running West End shows. In 1998 James was invited back to Drama Centre London to work alongside and assist Dr. Yat Malmgren in the teaching of Movement Psychology (inspired by the pioneering work of Rudolf Laban), and upon the retirement of Dr. Malmgren in 2001 he inherited his work and further developed this field of study and practise through workshops for Stage Centre, Israel; the International Workshop Festival; Caravanserai Acting Studio; Beit Zvi School Of Performing Arts; Beit Lessin Theatre, Tel Aviv. He teaches Acting & Directing at LAMDA and works as a ‘Laban Consultant’ at the Young Vic.

You can learn more about James’ Yat Malmgren Movement Workshops at Berg Studios below. 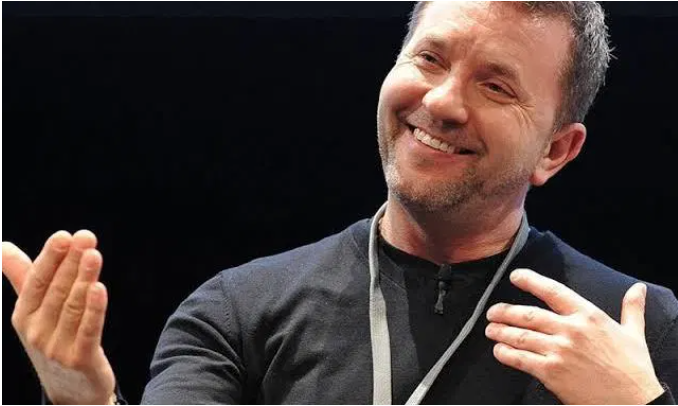 KRISTOF KONRAD was born in Poland, trained as an actor at the National Dramatic Academy in Warsaw, Poland, the Fersen Studio in Rome, Italy, and Larry Moss in the U.S. While in Poland, he studied and worked with theater and film masters JERZY GROTOWSKI and ANDRZEJ WAJDA. In the USA he worked with directors FRANCIS LAWRENCE, KENNETH BRANAGH, RON HOWARD and ROLAND EMMERICH. His credits include HOMECOMING, HOUSE OF CARDS, RED SPARROW, INTELLIGENCE, ANGELS AND DEMONS, HOTEL CALIFORNIA, INDEPENDENCE DAY, SCORPION, NIKITA, SCANDAL, BURN NOTICE, OPERATION SAMUM, ALIAS, THE AGENCY, JAG, E- RING and many others. Kristof has taught for the BERLIN INTERNATIONAL FILM FESTIVAL, GENERATION CAMPUS – MOSCOW, VERBIER FESTIVAL& ACADEMY in Switzerland and UBS VERBIER ORCHESTRA.

He is teaching Intensive Acting in Film and Alexander Technique Workshops in New York, Los Angeles, Milan, Berlin, Toronto, and Vancouver. In the U.S., he has taught with Jean-Louis at the LARRY MOSS STUDIO, HOWARD FINE STUDIO, LA and Melbourne, Australia, and recently worked with the artists of the ROYAL SHAKESPEARE COMPANY and the CIRQUE DU SOLEIL. Past and current students include FOREST WITAKER, KENNETH BRANAGH, COBIE SMULDERS, JOBETH WILLIAMS, ERIC DANE, and SHARON LAWRENCE. 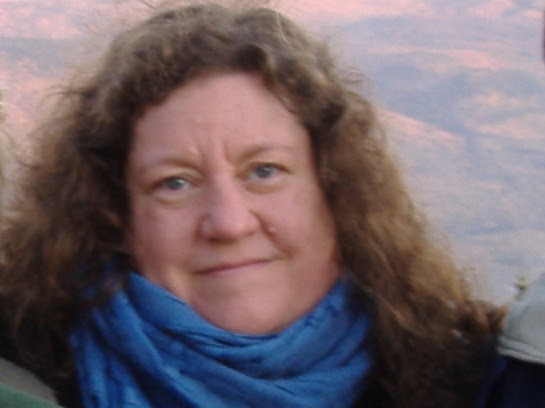 Daniela Varon is a New York-based director and acting teacher, and a long-time member of Shakespeare & Company in Lenox, MA. She was Associate Director and co founder, with Kristin Linklater, of The Company of Women, which presented all-female Shakespeare productions and workshops for women and girls, and co-producer, director and moderator of Conversations with Shakespeare, which played three seasons at Symphony Space. Daniela’s productions of Shakespeare, contemporary, and new work have been seen at some 25 theaters around the country, including The Winter’s Tale at the Los Angeles Women’s Shakespeare Company, and she has developed new work with another 25 companies. Daniela is a Lecturer in Acting at the Yale School of Drama, where she specializes in teaching Shakespeare.

She is on the faculty of the Linklater Center for Voice and Language, and is a Shakespeare specialist with Lincoln Center Theater’s Education department. She has taught and guest-directed at Barnard, Bennington, Dartmouth, Emerson, Purchase, and Smith Colleges, Columbia University, NYU/Stella Adler, and U. Conn, and taught Shakespeare workshops in Bulgaria at the Sfumato Theatre Laboratory and the Plovdiv National Drama Theatre. 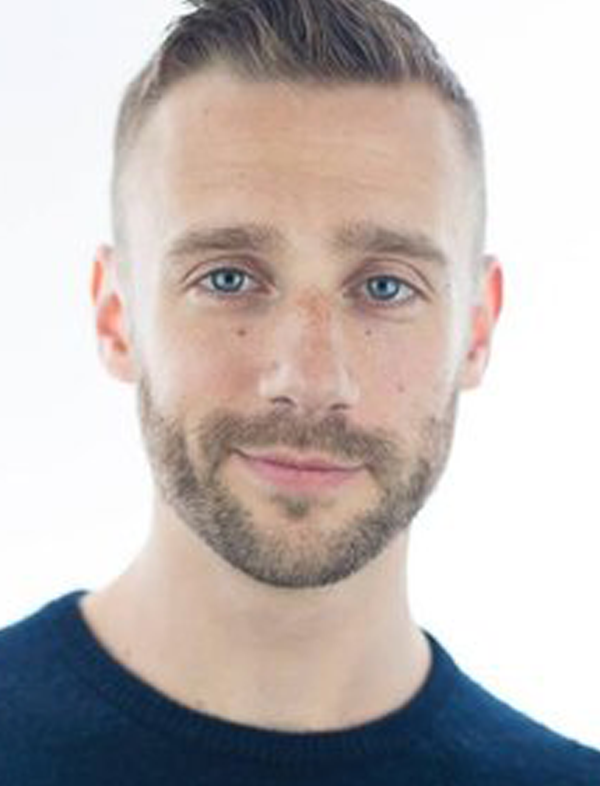 Ron Carlos is a New York-based voice, speech and dialect coach and a member of the acting faculty at the Yale School of Drama. He has taught at Harvard University, City College of New York, Marymount Manhattan College, Atlantic Theatre School (NYU/Tisch School of the Arts), The Shakespeare Theatre of New Jersey, The National Student Leadership Conference, and Shakespeare Academy @ Stratford.

Ron received his MFA in Voice and Speech Pedagogy from the American Repertory Theater Institute at Harvard University, and is an Associate Teacher of Fitzmaurice Voicework®. He teaches Fitzmaurice Workshops at Berg Studios. 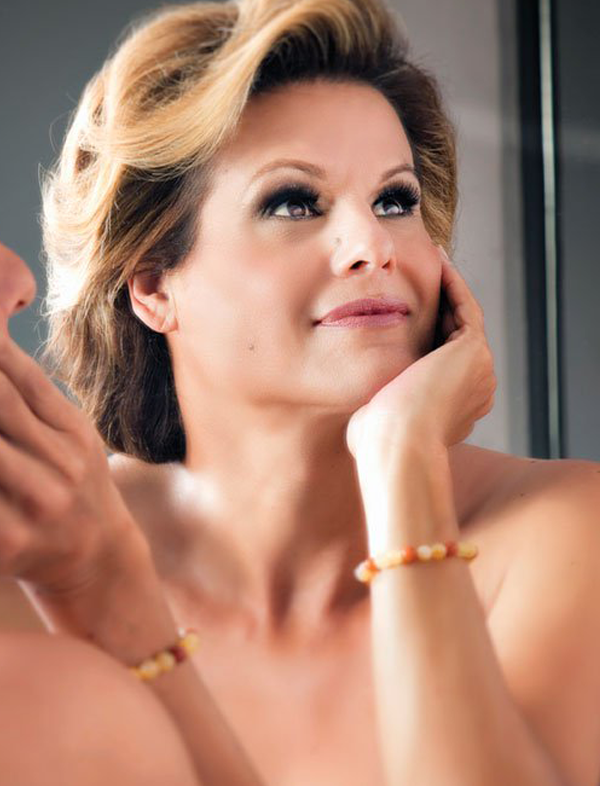 Alexandra Billings is an actress, singer, author, teacher and activist and has been acting since 1968; having performed across the United States in hundreds of plays and musicals. Billings She’s played everyone from Mama Rose in Gypsy to Mrs. Lynde in A Doll House. Most every stage role is considered to be a first for a transgender actress.She served as the Viewpoints Associate at the Pulitzer Prize and Tony Award winning Steppenwolf Theater in Chicago.

Currently, Billings plays Davina on Amazon’s Emmy and Golden Globe Award-winning hit TV show Transparent. She has also appeared on How To Get Away With Murder, Grey’s Anatomy and the Amazon series Goliath, starring Billy Bob Thornton. In 2005, Billings played Donna, opposite Katherine Heigl, in the ABC film Romy and Michelle: A New Beginning. It was the second time a transgender actress played a transgender character in the history of television. Her first feature film role as a non-trans character, Valley of Bones, debuted in the fall of 2017.

Her one-woman autobiographical show, Before I Disappear, toured from Chicago to Boston to Los Angeles, and finally off-Broadway at The Producer’s Club, winning rave reviews and running for over 10 years.

She originated the role of Alejandra in Time to Burn by Charles Mee at the Steppenwolf Theater in Chicago and toured Off-Broadway in Jeff Richmond and Michael Thomas’ camp classic, Hamlet! The Musical! Her album Being Alive, produced by Ralph Lampkin, Jr., was up for Grammy consideration in 2002.

Ms. Billings began her teaching career in 1994 at The Steppenwolf School in Chicago, and currently teaches Viewpoints Workshops at Berg Studios.